Faltered Carbon: Why You Have to Die to Live Forever 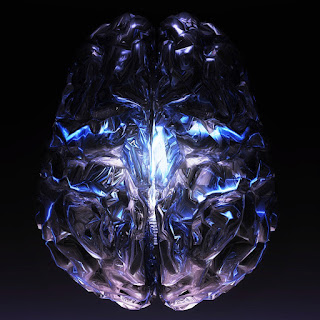 Ray Kurzweil must have had a good weekend. Finally, someone has taken his notion of merging man and machine and created a company that claims it will preserve the human brain and “back up its contents,” preserving the contents of your mind eternally. The company, Nectome, which sounds like a hybrid fruit, is derived from the Human Connectome Project and is funded by Y Combinator, the prescient Silicon Valley venture capital company that seeds new startups.

This new process is not as simple as checking the box on your living will that says you’ll donate your organs in the interest of science.  Nope. In order to participate, you have to die. And you have to pay $10,000 for the privilege of being killed in a humane way so that your brain isn’t starved of oxygen on your way out. You can read the gory details at MIT Technology Review in a story by Antonio Regalado.

Doctor-assisted suicide is legal in California under the End of Life Option Act so Nectome thinks it’s in the clear legally to promote its transhumanism mission and continue to raise money from investors and sign up potential clients. One of its investors, the federal government, awarded the company a $960,000 grant for drug research related to brain preservation in collaboration with an MIT neuroscientist, Edward Boyden.

And then there are the “clients.” Twenty-five people have signed up so far and paid their $10,000, according to the company. Anyone can theoretically be added to the ghoulish “waiting list,” but if a person changes his mind, he gets a refund (assuming the company is still around).

So, is Nectome’s process going to be better than cryonics, which stores baseball player Ted Williams’ body and brain—separately? They promise different things. Cryonics essentially promises to freeze and de-thaw dead people and them back to life. Simply put, Nectome is an AI-based neuron mapping company that plans to connect the brains neurons to a computer and download the thinking and feeling information.

Some neuroscientists say the entire proposition is false and that even spending resources on such a plan is wasteful and elitist. Maybe, but life has been imitating art since at least the dawn of this century. If you want to see the future, check out Nectome on Netflix by streaming Black Mirror and Altered Carbon.

Remember the letter that Stephen Hawking, Elon Musk, Bill Gates and others released in August 2015 warning the world about artificially intelligent weapons could destroy civilization? An organization called autonomousweapons.org has turned that prophesy into a compelling short video. Please take a look and tell me your thoughts.
Read more

By Jacqueline Leo How many of the Ten Commandments can the average person name? Almost no one aces this test including respondents in a survey by Kelton Research who were able to name the seven ingredients in a Big Mac, but not recall the commandment, “thou shalt not kill.” Yet the Ten Commandments are the equivalent of a social contract that informs our legal system, our civil behavior, and our love and respect for God. The Commandments are shared by Jews and Christians, but other religious groups subscribe to many of the same principles. So why can’t we name them all? I believe it’s because we can’t hold more than 7 independent objects in short term memory—a proposition that was proved scientifically in 1956 by George Miller, then a professor at Harvard who wrote the seminal paper, “The Magical Number Seven, Plus or Minus Two: Some Limits on Our Capacity for Processing Information.” Miller is known as the father of cognitive science, and I often wonder how he would apply his magi
Read more