Here's How Trump and Sanders Got Their Support 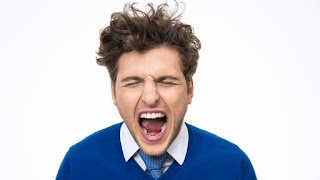 Why are Americans angry? Why are people who live in the richest and most powerful country in the world so disgruntled and depressed that they’ll turn to a democratic socialist or a bombastic billionaire to lead the country?

In a word, they feel “cheated.” And they figure many people were looking the other way or even winking at the bad behavior that was undermining their dreams. The status quo wasn’t working for them in any institution. So enter Donald Trump and Bernie Sanders—two outsiders who say, “You’re right! You have been cheated, and I’m going to fix it.”

It probably started just after the attacks on the World Trade Center in 2001, when Enron, a company that employed 20,000 people, declared bankruptcy and its executives were ultimately accused of fraud.

Companies suspected of accounting fraud, insider trading and other schemes totaling billions were in the SEC’s crosshairs. The list included executives of Tyco, who were indicted for earning $600 million through stock fraud; Cendant, $3 billion; WorldCom, $6.1 billion; Health South, $1.4 billion; and the father of all Ponzi schemes, Bernard Madoff, $65 billion.

So big business lies and cheats. What about everyone else?

Ok, but what about everyone else?

Our sports heroes don’t cheat, do they? Aside from tennis star, Maria Sharapova, how many baseball, football and basketball stars have willingly admitted to taking performance-enhancing drugs? And we haven’t even talked about Deflategate.

Hmmm. OK, but what about everyone else?
Ok, let’s get back to business. If price gouging is cheating, then let’s talk about Martin Shkreli, the pharma bro CEO of Turing Pharmaceuticals who acquired a 62-year old drug, Daraprim, and raised its price more than 5,000 percent to $750 a pill from $13.50. But he’s not alone. Prices for four of the nation's top 10 drugs have increased more than 100 percent since 2011. Six others went up more than 50 percent. Together, the price increases on drugs for arthritis, high cholesterol, asthma and other common problems added billions in costs for consumers, employers and government health programs.

Yikes! OK, but what about everyone else?

There are two institutions that should have been off-limits to corruption of any sort — schools and places of worship. Well, they weren’t. Voters learned that 600 teachers accused of misconduct in New York were sent to “rubber rooms” at full pay for months or years at a time awaiting resolution of their cases. In other states, teachers would be dismissed from one school or district and reassigned to another — even if they were accused of child abuse. That strategy was also used to reassign Catholic priests accused or suspected of sexually abusing children.

Holy S…. OK, there are still some institutions that don’t screw up, aren’t there?

Well, being duped by the government on the Iraq War, which took the lives of nearly 5,000 soldiers and contractors and cost almost $6 trillion dollars — that counts. So does the billions of taxpayer money wasted on Afghanistan reconstruction, the incompetent and costly launch of Healthcare.gov, the inexcusable hacking of millions of taxpayer social security numbers at the IRS.... But maybe I’m getting off track.

Well, I saved the dessert for last — the Great Recession. And once again, we’re back to unmitigated greed. I’m not going to explain mortgage-backed securities, or credit default swaps, or other derivatives, but think of it this way: Selling houses to people who couldn’t afford to pay for them was just the first step in a giant mortgage scheme. Cutting up that mortgage into little pieces and repackaging it with pieces of other mortgages created “toxic assets” that were sold and resold globally until the entire toxic house of cards collapsed.

To stop a complete collapse of the U.S. financial system, the government bailed out the banks, but not the homeowners who were underwater: So, 8.8 million people lost their jobs, 3 million lost their homes, and an entire generation of 80 million millennials came of age thinking they had no future.

Does that make you angry?